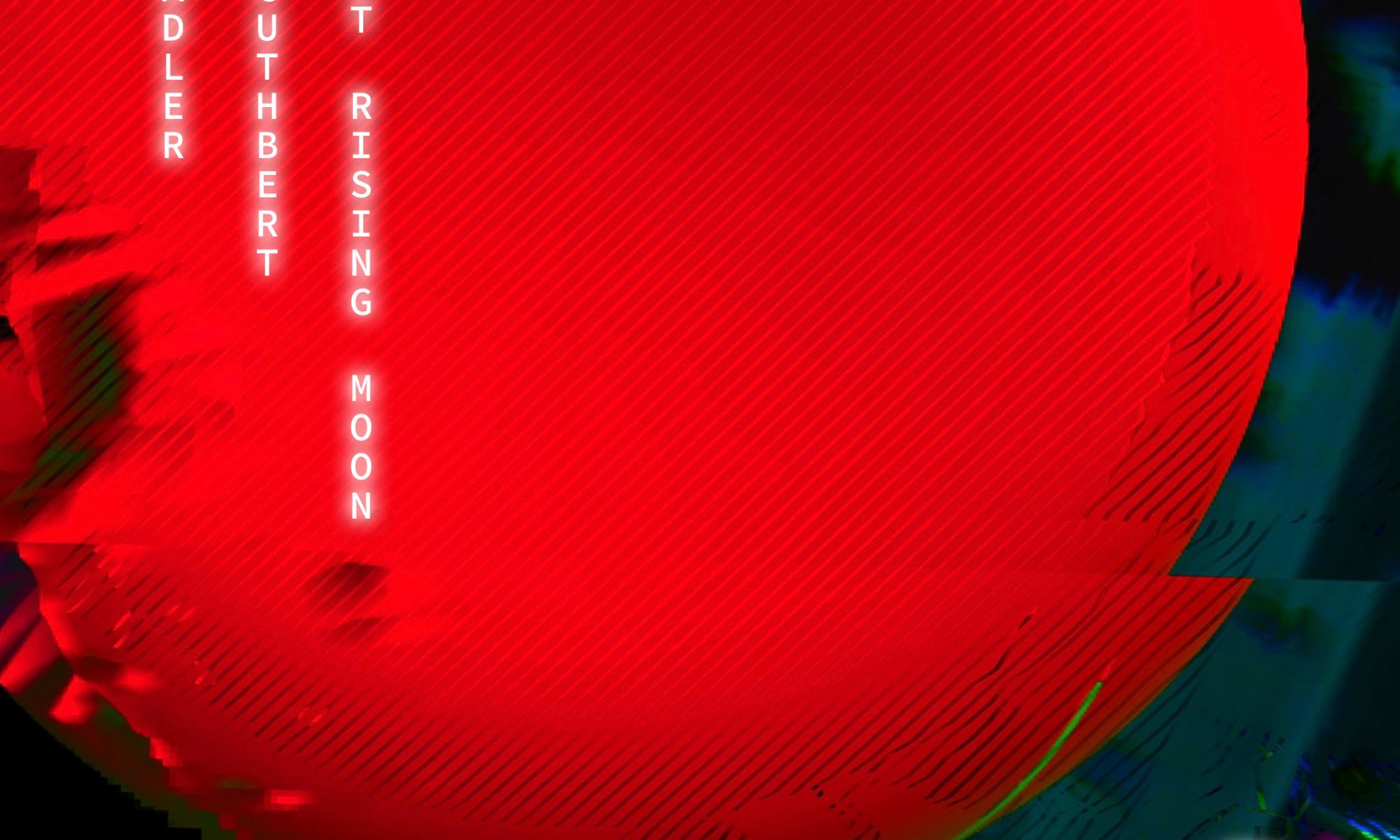 Program to be selected from the following:

Sonata for Trumpet and LaunchPad

Over the last decade, composer ​Adam Cuthbert has developed his own performance practice of digitally-processed trumpet, transmuting the instrument into more of a synthesizer than an orchestral instrument, and resulting in slashsound projects like Kuuma and skullcap5050. In ​Scarlet Rising Moon​, the composer hands the keys to the machine over to trumpeter John Adler​, whose fluid improvisations and commanding performances are hypersatured, looped and deconstructed into music that is as spectral as it is melodic.

The pair began their project in 2014, growing out of a new commissioned work which expanded into a thirty-five minute “​Sonata for Trumpet and Ableton​”, utilizing improvisation, interactive musical structure and live effects with the digital audio workstation, Ableton Live. The project has been performed all across the country and was presented as part of the 2015 ITG Conference in Columbus, Ohio. The presentation entitled “Trumpet and Electronics: A Primer for Performance and Practice” featured multiple works for trumpet and electronics in classical and jazz settings including live performances. In 2019, the composition, along with several other works included on the ​Scarlet Rising Moon ​album, was the subject of a doctoral dissertation by Benjamin Hay, entitled “​A Performer’s Guide to Adam Cuthbert’s Works for Solo Trumpet and Ableton Software”.

Adler breathes new life into Cuthbert’s earlier works for trumpet, forges the definitive recording of his commissioned works (​Sonata for Trumpet and Ableton​), all while making space for the duo to play in their own unique idioms via free improvisation. Scarlet Rising Moon serves both as a compendium of Cuthbert’s body of works for trumpet, and as a new genome of composer-performer spliced from jazz, techno, ambient, and contemporary composition.

Associate Professor of Trumpet ​John Adler joined the faculty at the University of Northern Colorado in 2010. Dr. Adler has an established national reputation as a performer, educator, and composer of trumpet music in various mediums. His diverse performance resume includes recitals, masterclasses, and performances in classical and jazz settings all across the country including conferences of the International Trumpet Guild (ITG) and College Music Society.

His first solo CD “Confronting Inertia”, released on Origin Classical in 2009, features all new works, many incorporating improvisation in a classical context, for trumpet and piano or electronics by composers with jazz backgrounds. Dr. Adler has performed music from Confronting Inertia in over 15 states, and at conferences of the International Trumpet Guild and the College Music Society. His other recording credits include the big band recordings “Pulse” featuring music by Dan Cavanagh, and “Stand Up Eight” featuring music by Steve Owen. John’s first small group jazz CD “Things I Like” was recorded with pianist Dan Cavanagh and percussionist Jaime Reyes, and was released in 2014. The recording for jazz trio features original compositions for Rhodes, Drums, and Trumpet with Electronics. In 2014, he embarked on a new project with composer Adam Cuthbért featuring music for trumpet and electronics utilizing improvisation and multiple effects with the software program Ableton Live. The project has been performed all across the country and was presented as part of the 2015 ITG Conference in Columbus, Ohio. The presentation entitled “Trumpet and Electronics: A Primer for Performance and Practice” featured multiple works for trumpet and electronics in classical and jazz settings including live performances. The duo recently recorded a CD that is in post-production.

John holds a D.M.A. in trumpet performance at the University of Miami, a MM from the University of Oregon, and a BM from the University of Nevada-Reno. John’s primary teachers/mentors include Craig Morris, Steve Owen, Larry Engstrom, Alex Norris, Whit Sidener, George Recker, and JamesMiley. Hiscompositionaloutputincludesworksforvariousjazzsettingsandtrumpetensembles,andincludespiecesthathavebeenperformed at multiple National Trumpet Competitions and ITG conferences. Dr. Adler’s duties at UNC include teaching trumpet lessons, coaching chamber music, and teaching courses in brass literature and pedagogy.

Adam Cuthbért (b. 1988) is a Detroit-born sound designer, controllerist, and composer. His work cross-breeds acoustic instruments and synthetic digital processes to create immersive sound environments, garnering notice from NPR, The New York Times, Backstage Magazine, DJ Mag, and the San Francisco Chronicle, which finds it “hard to resist the vigor and inventiveness of his writing.” Cuthbért has collaborated with cutting-edge ensembles like Friction Quartet, Third Coast Percussion, Bang on a Can, and the GVSU New Music Ensemble, as well as electronic artists such as Todd Reynolds, Raz Mesinai, RETCON, and Almamy. He performs on trumpet and electronic instruments with ​skullcap5050​, ​I-VT​, and ​kuuma​, and is a regular collaborator with choreographer Maura Donohue (​#tidesproject​, ​zero…sixty​ at Roulette Intermedium).